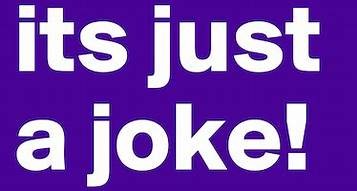 *The only women who listen to Men*.

This is the first thing I read early morning. Then saw many men & women laughing over it on WhatsApp. That was a common friends group.

I felt triggered. Had some irritation, then thought “it’s a joke.. leave it at that”.

Then got it again on a different women’s group, where the first comment was “;-) good one..”!

I was more irritated & felt a little frustrated too this time! Didn’t still know why.. & shrugged it off saying… “what’s the point if women themselves make & take these kind of jokes!”

Then the last straw was closest.. in a Family Group… I instantly knew why I was feeling the discomfort the whole day!

As a child, I remember my uncles, dad n relatives passing on these kinda women generalization & demeaning jokes… that ultimately use to lead aunts, even mom cringing & shrugging off (just like I am doing since the whole day today!), I could read their embarrassed body language and sometimes aggressive too, but of course couldn’t do anything then.

Today being a women’s day, I am nudged to write this for every single one out there who is either making these kind of jokes, forwarding these, laughing on them or even shrugging it off. Are we really celebrating WOMEN with these jokes?

Let me start with the IMPACT OF THESE JOKES –

Some common GENERALIZATIONS because of these jokes, that have already negatively impacted WOMEN in the CORPORATE and PERSONALLY throughout the world:

Here’s a quick request, if you’ve already reached here reading this article and not already SHRUGGED IT OFF, then are you ready to commit to yourself to TRULY LISTEN & ACT & not actually become SIRI & ALEXA going forward?

I promise not to shrug it off in future and make others aware about how it feels when they pass on these jokes? If you think it will make a difference, embrace this NEW HABIT to never shrug off a demeaning joke.