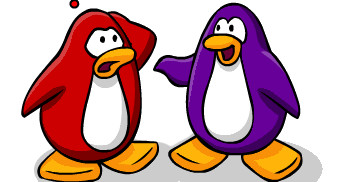 Every action that we take, every decision that we make, every success that we get and every failure that we face – is an outcome of this powerful system within us called – “BELIEF”

“Sun rises from the east” – as much as there is a TRUTH in this statement, we have some very deep rooted “our truths” within our sub-conscious. Even when we are not aware of these truths consciously, our decisions and actions/reactions are completely based on them.

“I was in a coaching session with a director of a company, who was sharing how he was so naturally open to folks in his local team, peers, and colleagues in office, however, his growth was getting delayed because of lack of connect with global stakeholders. He said – It’s natural for me to ask you how’z your daughter doing and start a conversation, but he just cannot ask the same question from a global counterpart, even if he/she is initiating a small talk on a personal front. He said he gets very anxious and it all feels at a very surface level. He was deeply upset about it and wondered what could be the reason.

After some time, while he was recalling some portions of his childhood, he said, my dad always use to say – “This is our family, and we should never talk about personal things outside these four walls, and never let anyone come in between us.” I could see him getting uncomfortable and going deeper into reflection… after few minutes of silence he had an AHA moment and said – yes bindu I got it! In my map of the world, I was considering this belief to be true for my local workplace as my family and global counterparts as outsiders. He couldn’t believe, how relieved he was feeling, he got his answer and went back happy. He got promoted within next 6 months – and he wrote to me a note of thanks to make him aware of his biggest “Limiting Belief”.

The danger of the BELIEF SYSTEM is that, if left unidentified, limiting beliefs can end you up into repeated failures with an unknown reason, deteriorates health – as it causes anxiety and lower self esteem, refrains you from getting success that you really want.

The beauty of the BELIEF SYSTEM is that, the moment you identify the limiting beliefs, you can question it’s integrity, confirm it’s authenticity and easily change it into a more empowering belief.

Example 1 : “I can’t drive a car” – If I really want it, I can learn to do anything; car driving is easy if I put my full attention and focus on it…

Example 2 : “I can’t do anything if I don’t have money” – Money is a bi-product, if I do the right things with passion, money will flow to me in abundance; I attract success and money; I’m a success magnet, money is never a road-block for me.

B) Convert an idea into an empowering belief and make it a big success.

Empowering beliefs: “I have a natural ability to convince people”, “All that I do with genuine intention result into excellent profits for me”, “I can build a complete empire of my own through my research, action and hard work”, “Right people automatically come to me with right advice at the right time”

Having said that, there is a lot of pain and strength attached to our belief system, that’s why at times even after knowing about a limiting belief, it becomes difficult to consciously change it.

To replace your limiting beliefs with empowering ones, or build a new belief system with higher self-esteem and confidence, join us in our next NLP Practitioner batch.